a 7.62 hit makes insurgents stay down for the count!

when sgt. gerald hooee, chief scout sniper in 1st battalion, 5th marines, deployed to ramadi with sgt. clay anderson in 2005, hooee knew ssp (scout sniper platoon) needed a semi-automatic sniper rifle to deal with insurgents who were running around the city in small bands of three or four. “i gotta get a stoner,” said hooee. he can fire five rounds of 7.62 match ammo and hit 4-inch steel discs between 100 and 500 yards in 8.3 seconds with an m40a3, but believed he could increase his rate of accurate fire if he could make use of an sr-25 semi-automatic sniper rifle in ramadi. “there are gonna be times when guys take off running, but you can stay on them with the sr-25 until they drop,” said hooee, who had left fallujah with four confirmed kills and four probables with his m40.

at a distance, the new sniper rifle is difficult to distinguish from m16 service rifles carried by marines and soldiers. it has a similar profile, especially when its sound suppressor is removed. close-up, the marine corps mk-11 mod 1 srs (sniper rifle system) and the u.s. army m110 sass (semi-automatic sniper system), look like an m16 on steroids. but that’s where the similarities end. the new rifle can spit out 20 rounds of 7.62mm match-grade ammunition as fast as an operator can sight and pull the trigger. a 1 lb. 14 oz. sound suppressor that fits over the barrel of the rifle significantly reduces the weapon’s blast signature by 28 to 30 db, and prevents the tell-tale cloud of dust when fired in dry climates like iraq or afghanistan. the quick-detach suppressor for the mk-11 is just over 12 inches long. the suppressor for the m110 is just over 14 inches long. the rifle’s exclusive leupold long-range tactical 3.5-10x variable power scope allows snipers to fire at targets on the move with deadly accuracy.

“anyone with a scoped rifle is a target on the battlefield, but the mk-11 is hard to spot at a distance,” notes sgt. clay anderson, a veteran of three combat deployments to iraq. marine snipers who carry the mk-11 tend to blend in with their comrades, making them “less conspicuous on the battlefield.” anderson served in the ssp in ramadi, the provincial capital of anbar province with 1st battalion, 5th marines, the unit this reporter was embedded with during the invasion of iraq in 2003. anderson saw first-hand what the mk-11 was capable of in the infamous “triangle of death.”

kac (knight’s armament company) was able to ship about two dozen of the new sniper rifles to iraq in the spring of 2005, months before a usmc order for 180 sniper rifles was filled. sgt. hooee was able to get his hands on one of the sr-25s in ramadi. anderson said, “it was his weapon of choice but we only had one of the weapons in ‘seminole bravo,’” the team hooee commanded. anderson was with hooee the day he killed an insurgent with an ak-47 at about 300 meters; one of two who fell to the new sniper rifle. anderson says hooee was also very effective at detonating ieds (improvised explosive devices) at a safe distance with his sr-25. “the scope on the sr-25 has ? moa (minutes of angle) instead of ? moa on the m40a3 and that makes for greater refinement and accuracy.” even so, anderson doubts marine snipers will willingly give up their m40s in favor of the sr-25, like the army snipers might do with the m24 sniper rifle. the marines recently replaced unertl 10x fixed scopes on upgraded m40a3’s with schmidt & bender 3-12x variable-power ds scout sniper day scopes. marine snipers still believe, based on experience, that a bolt-action rifle is more accurate than a semi-automatic rifle when it comes to taking down a target at 1,000 meters. besides, they feel comfortable behind the familiar butt plate of their m40s. but the more refined sights on the mk-11 and m110 allow shots about 200 to 300 yards farther than the m40a3 and about 600 yards farther than the army’s m24 sws respectively.

the mk-11 and m110 sniper rifles fire the same 7.62mm m118lr (long range) cartridge as the sniper rifles they will eventually replace. the 7.62mm special ball (m118) bullet consists of a gilding-metal jacket and a lead-antimony slug, a boat-tailed bullet weighing 173 grains. regular 7.62mm ball ammunition should be used only in an emergency. the new sniper rifle can also fire m993 ap (armor piercing) ammunition in special situations.

when fallujah, a hotbed of insurgent activity down the road from ramadi, finally fell to u.s. forces in the winter of 2004, snipers in iraq told their commanders they needed a 7.62mm precision auto-loading weapon they could use in conjunction with their m40a3 sniper rifles. the commanders in theater put out an urgent universal needs statement, or “unz” as it’s commonly called, for such a weapon that could engage light-skinned vehicles as well as personnel in close-quarter urban fights. “because it was an urgent statement of need, we sought a commercial off-the-shelf product; more specifically anything that was in use by other u.s. military forces and we found that there was a contract with kac by the naval surface warfare center in crane, in,” said major bamidele j. abogunrin, team leader for individual weapons at the marine corps systems command, or syscom, at quantico marine base, va.

kac began supplying navy seals with its mk-11 mod 0 sniper rifle system in may 2000. designers at kac cut 4 inches off the commercial version of its 24-inch barrel to accommodate a 6-inch sound suppressor. they also offered a 16-inch barrel. without the shorter barrels, the rifle would have been entirely too long to meet the seal’s requirement for a compact weapon. the shorter-barrel versions were less accurate than the longer barrels, until technicians at kac re-engineered the way moving parts of the rifle were manufactured. the biggest change was the barrel, and twist changes to 1:11. they also changed the firing pin, ejector, extractor and buffer. the result was a match-quality sniper rifle that met the requirements of a u.s. navy contract for a new weapon that is the approximate shape and size as m16a2 and m16a4 service rifles.

“give us the tools…”

in november 2005, the usmc announced it was buying 180 mk-11 mod 1 srs in response to the emergency request from ii mef commanders. the bolt-action m40a3 sniper rifle was proving not to be optimally suited for urban combat environments like the marines faced in fallujah and later in ramadi, where survivors from fallujah fled after the bloodiest street fighting since hue city, vietnam.

christopher sharon served as a scout sniper with 3rd battalion, 2nd marines during the invasion of iraq in 2003 and in afghanistan in 2004, before becoming a scout sniper instructor at quantico. he says the mk-11 fills a gap in a sniper’s battlefield capability. “typically, a gas-operated rifle is inherently less accurate than a bolt gun at its maximum effective range, but the mk-11 gives a sniper the ability to rapidly follow up a shot, and for the application it was acquired, the mk-11 answers the mail.” marine snipers like the capability of loading a 20-round mag into a weapon and making rapid, repeated precision shots. “as fast as you can pull the trigger, you can put rounds down range,” sharon said as he and maj. abogunrin showed this reporter one of the new sniper rifles on a bench at the marine syscom ordnance testing facility at quantico. abogunrin says the marines have no current plans to purchase more mk-11s or any other semi-automatic sniper rifles, because there is no “requirement” now, but that could change after a capabilities assessment is completed.

the u.s. army is acquiring large numbers of the m110 sass with an eye to retiring some of its bolt-action m24 sniper weapons. the army plans to field 4,400 of the new semi-automatic sniper rifles through fy2009 at a cost of about $10k per weapon.

word that the u.s. army was fielding a new sniper rifle came out in an april ’07 article written by spc. matthew leary at forward operating base salerno in afghanistan. operators from task force fury were the first in the combat zone to receive the new weapon. ssgt. jason r. terry, a sniper instructor with the u.s. army sniper school liked the suppressor. “this advancement will make locating snipers in the field, even after they have fired a shot, difficult for enemy forces.”

a soldier serving with army specops in iraq wrote kac to say, “the sr-25 series is everything and more than we have hoped for.” kac has received similar testimonials from troops in afghanistan.

one noticeable change in the new sniper rifle is its color. the rifle, scope, bipod and hardigg carrying case are finished in the army’s new fde (flat dark earth) paint in order to help defeat enemy thermal imaging devices.

men behind the gun

in the late 1980s, c. reed knight jr., president of kac, entered into a partnership of sorts with his close friend, eugene stoner. stoner designed the 7.62?51mm ar-10 assault rifle while working for the armalite division of the fairchild co. in ca. although the ar-10 was never adopted by the u.s. military, stoner didn’t give up on his original design. in 1991, he designed a variation that incorporated parts in common with the 5.56?45mm m16. the result of combining the ar-10 and m16 was the stoner sr-25, but stoner died before he saw his beloved rifle adopted by some of america’s elite.

knight spends a lot of time on the manufacturing line at his plant in fl, where every part is made except the obermeyer barrels. he talked to this reporter about the rebirth of this stoner design: “in the late 1980s, gene stoner and i were told that the future of small arms in the military had been fulfilled and there was no requirement for new products, but gus taylor, a young army officer at socom (special operations command) told me there was a need for a .308 semi-automatic sniper rifle, and such a weapon could gain some traction in the military.” taylor, who is now at naval warfare center-crane, was then in charge of requirements at socom. knight believes one element of the success of the sr-25 is the commonality of training, maintenance and of parts with the m16—parts such as pins, springs, butt stock and pistol grip.

ironically, the sr-25 began as a military project but was kept alive by civilian sales until the navy came aboard in 2000 and bought 300 of the mk-11 mod o sniper rifle systems for seal teams. since then the marine corps and army have seen the need for such a weapon.

today’s urban combat environment is a maze of artificial barriers such as masonry walls and vehicles packed with explosives, and knight notes those artificial barriers are best penetrated with a heavier bullet than a 5.56. after the invasion of iraq, a liaison team from marine corps system command traveled to the battle space a week after 1/5 seized the last military objective in baghdad. the three officers conducted an exhaustive study of what worked and what didn’t and they found the 5.56mm slug weak.

with knight’s new sniper rifle, soldiers and marines are finding that insurgents hit with a 7.62mm slug stay down. 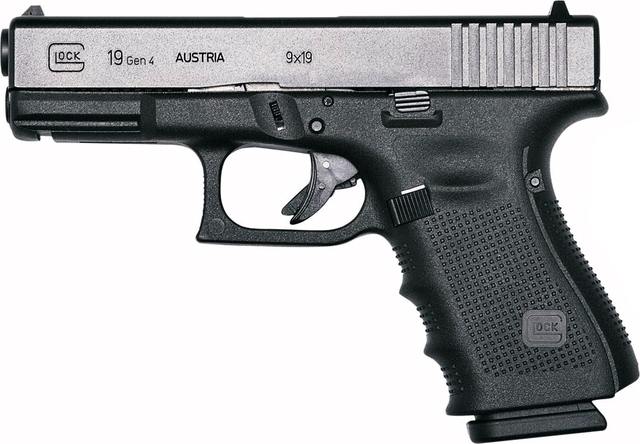 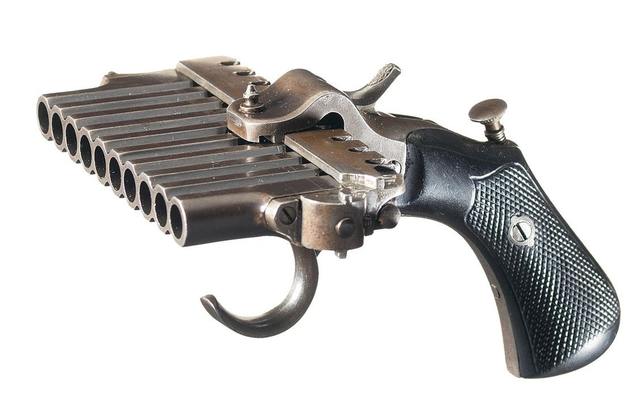